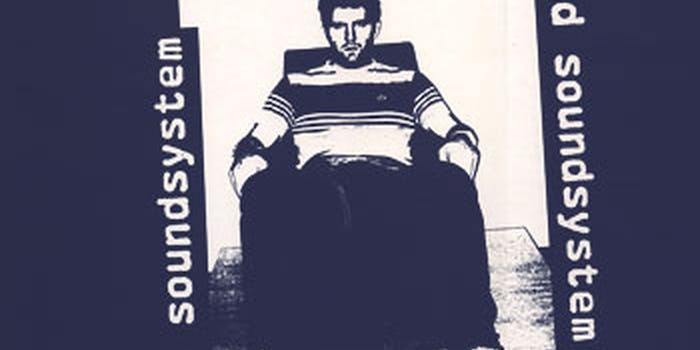 LCD Soundsystem's debut single offers a blueprint for one of the decade's defining bands and a paint-by-numbers buyer’s guide for aspiring record collectors.

In Spotify Essentials, the Daily Dot curates custom playlists created by some of our favorite artists, staff writers, and Web community leaders.

“Losing My Edge” is arguably the definitive LCD Soundsystem track—the first stone cast in the NYC dance-punk band’s enduring “Us vs. Them” legacy.

Over a beat jacked from a Killing Joke B-side, bandleader James Murphy recasts his past in the present on the 2002 single, throwing every reference against the wall if only to see what sticks: Gil Scott-Heron, Daft Punk, Joy Division, David Axelrod, the Sonics (x4). It’s a jarring piece of music criticism and autobiography in the form of an electro banger, one that tackles the absurdity of tastemakers in the Internet age, when entire music discographies are but a mouse click away.

With its litany of references, “Losing My Edge” outlines a rough blueprint for one of the defining bands of the past decade (an idea brilliantly illustrated in a Venn diagram by Tumblr statisticians I Love Charts): for starters, the romantic sincerity of A-ha and the Human League clashing with the irony of 10cc and pulsing confrontation of Suicide.

Yet, “Losing My Edge” alternately offers a paint-by-numbers buyer’s guide for aspiring record collectors, a CliffsNotes to the sort of deep cuts and seminal artists expected in DFA 101.

While most of the reference points are fairly obvious (Can, Lou Reed, et. al), there’s still a great deal to learn from Murphy’s encyclopedic confessional—parallels to be drawn, veiled references to be acknowledged, like the way spectral progression of Ashra’s “Lotus (Parts I- IV)” hints at LCD’s classic “All My Friends.”

Not every band name-checked in the track gets its fair due here. The ultra-rare 1968 debut by Detroit’s Index won’t be hitting Spotify anytime soon, and a few other concessions had to be made, like swapping Royal Trux with hellhound blues of “Sweet Little HiFi,” a live cut by Jon Spencer’s previous band, Pussy Galore, recorded at CBGBs in 1989.

Otherwise, it’s all here: 53 tracks (one by each artist mentioned in the LCD original) spanning more than four hours, sequenced to create a relatively cohesive experience. Despite such disparate source material, there’s a surprising continuity to the mix, a through line that can be traced from Faust’s astounding krautrock to the galactic techno of Model 500’s Juan Atkins and the deep-space exploration of Sun Ra’s free-jazz.

“You don’t know what you really want,” Murphy pivots in the song’s closing refrain, almost taunting the listener.

This is a good starting point to find out.