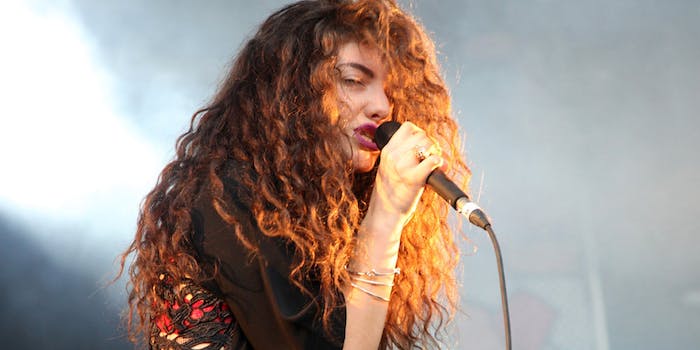 That fake Lorde song that South Park wrote and killed with this month is now available as a free single. “Push (Feeling Good on a Wednesday)” is terrific in its ability to tap into the New Zealand singer’s self-involved lyrical perspective and aptly mock. Sample lyric: “Yeah, yeah, yeah—I am Lorde.”

It was a strong enough moment that Lorde shouted it out on Twitter.

i don’t actually watch south park but from what i can tell sia was involved and someone’s mum said something really nice about me.. score!

The track itself was a performance by Australian singer Sia, fresh off July’s strong 1000 Forms of Fear. Check it out on Spotify.

Photo via Annette Geneva/Flickr (CC BY 2.0)