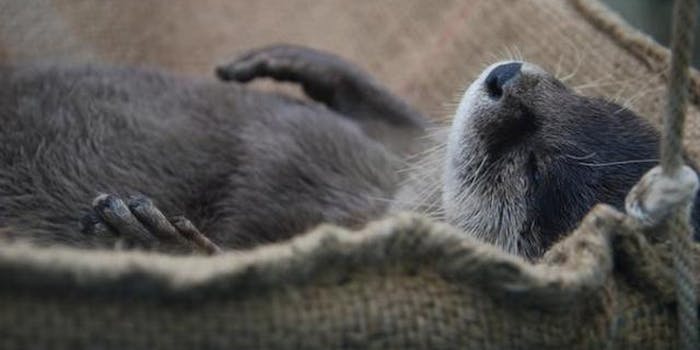 Who needs to get work done? Otters are live from England.

Red alert! Stop whatever you’re doing because you could be watching an otter livestream right now.

The Zoological Society of London is currently livestreaming a romp of darling otters, along with meerkats and Galapagos tortoises.

The stream is more than just adorable, however. It’s an opportunity for the Zoological Society to test out the use of white spaces, or vacant broadcasting waves on the TV spectrum, and how that could apply to animal research and conservation. The tech seems pretty cool, but we’re also just gratuitously enjoying cute animals 24/7, which will be available for at least another month.