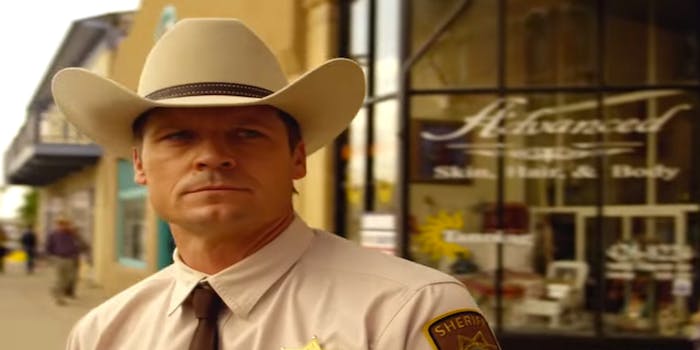 ‘Longmire’ lives again after Netflix picks it up for 4th season

The fans came together and Netflix answered.

Longmire will live to rule another day.

Just three months after the popular A&E drama got cancelled, Netflix is picking the show for a 10-episode fourth season, set to premiere in 2015, Deadline reports.

Although Longmire was the channel’s most-watched original-scripted series in the network’s history, its audience skewed older, something advertisers undervalued and made the show not profitable to the network.

Longmire follows Wyoming sheriff Walt Longmire, played by Robert Taylor, as he tries to keep the balance between the residents of a fictional county and the Native Americans who live nearby. At its height, the show had more than 5 million viewers who tuned in weekly. What may have been even more gut-wrenching about the cancellation is that Longmire’s third season ended on a cliffhanger, which would’ve been left unanswered had Netflix not come in to save it.

But that older audience, whose median age was 61, was able to start a vast and creative social-media campaign to tweet their support for the show and reach out to streaming services like Netflix and Amazon Prime to save the show from eternal cancellation.

Along with revivals of Arrested Development, Community, and The Killing, Longmire joins a list of shows brought back after traditional television took them off the air.

“When Warner Horizon Television came to us with the idea for a new season of Longmire, we were intrigued because the series is so unique, and consistently great,” Netflix VP of Original Content Cindy Holland said in a statement. “We are thrilled to help continue Walt Longmire’s story for his large and passionate following.”

YeeHaw! I have to say, the pick-up from #Netflix would not have happened if not for the amazing support from our fans! #LongLiveLongmire

Yes it's true!!! #Longmire Rides again at #Netflix http://t.co/Em8Jtw8hUE Thanks to all the fans who wouldn't let us go without a fight!

According to Deadline, the cast members, including Taylor and Katee Sackhoff, have already signed on for season 4. But considering the consequences from the season 3 finale, not everyone who signed on will be long for the land of the living.

Production on Longmire is set to potentially start in March 2015.