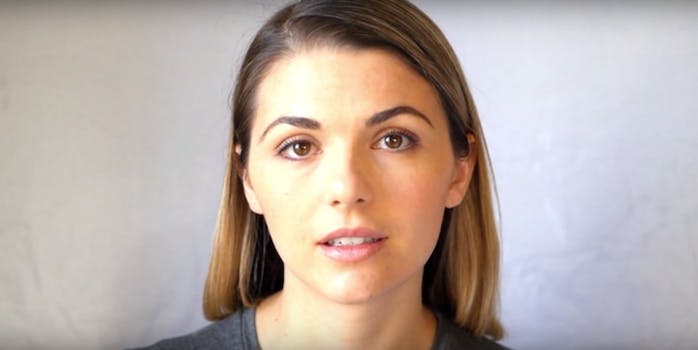 Precisely 10 years later, Lonelygirl15 is back

Here's what you can expect.

When it launched 10 years ago today, Lonelygirl15 broke the digital mold.

What seemed like a run-of-the-mill vlog created by a teenage everygirl named Bree turned out to be an intricately orchestrated fictional series—with groundbreaking interactive features and sci-fi plot twists—that was light years ahead of the curve in terms of showcasing YouTube’s potential as a platform for scripted content.

And now, on this—the very day 10 years ago that Bree uploaded her first vlog—some of the minds behind the series are readying a reprise of sorts. Lonelygirl co-creator Miles Beckett has teamed with Jenni Powell, who was a die-hard fan before being hired as a production assistant on the show, to develop new content within the Lonelygirl universe.

“There hasn’t been new Lonelygirl content since 2008,” says Beckett, who created the series alongside Greg Goodfried, (currently an agent at UTA), and Mesh Flinders, an associate creative director at Havas. “But there’s always been interest—the channel still gets hundreds of thousands of views, it’s constantly being referenced by other YouTubers as an inspiration for why they got into making content, and we’ve had a ton of fans asking for more.”

So, what can curious onlookers expect? Says Powell: “Our plan is to explore some of the storylines that were kept open-ended for the fans, but also bring it to a whole new generation.” She noted that original actors and writers—including Jessica Rose, who starred as Bree—are slated to return. “We’re also developing content based around an entirely new set of characters.” (In the original series, Bree was sought out and ultimately killed by an evil cult called the Order for her “trait positive” blood type.)

Check out a trailer for the relaunch, which could serve as a kickoff for more content to come:

Like the original Lonelygirl series, the latest iteration will feature alternative reality game (ARG) components—meaning that the narrative will play out in real-time and audience members can interact with characters, help solve puzzles, and even become integrated into the show. The first time around, for instance, viewers could comment on Bree’s YouTube videos and she might respond. And in the 12-part finale, Beckett noted, one of the characters posted an encrypted file onto the web and asked viewers to help decrypt it, thanking whoever was able to do so by name in a subsequent episode.

Beckett and Powell are determining distribution outlets and budgets, and say they are in preliminary discussions with potential partners.

But while the original show debuted on YouTube in an era that predated smartphones—as well as a proliferation of competing video services—Beckett says the team is looking to exploit new technologies and platforms that could intensify Lonelygirl’s interactive mythology even more, including live video, 360-degree video, and virtual reality.

“When Lonelygirl came out, the No. 1 social network was Myspace, and people were watching on their desktops,” he explains. “Twitter had just started. There was no Foursquare, no Snapchat, nothing.”

With platforms like Facebook Live, Periscope, Meerkat, and Snapchat, he says, the storytelling possibilities today are far more immersive.