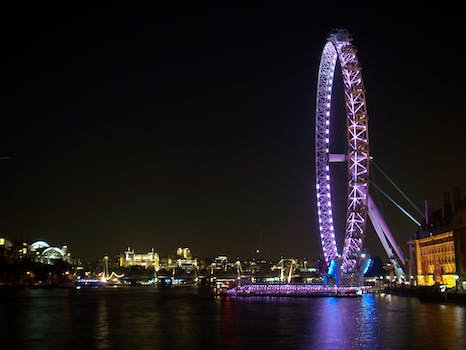 Ironically, the evening light show, determined by algorithm measuring social emotion, will not feature the colors gold, silver, or bronze.

London hopes to put on another display during the Olympics with the help of one of its most iconic attractions.

Starting tonight, the London Eye, a giant Ferris wheel on the River Thames, will display the mood on Twitter during a light show every evening leading up to the Olympics and continuing until the closing ceremony on Aug. 12, Londonist reported.

EDF Energy has commissioned Sosolimited, an art and technology studio composed of University of Wolverhampton Professor Mike Thelwall and graduates from the Massachusetts Institute of Technology, to create an algorithm to track the mood of British Twitter users during the Olympics.

“Throughout London 2012 we will be measuring the Energy of the Nation by reading the raw Twitter feed and filtering it for those tweets originating from the UK that makes reference to the Olympics,” EDF Energy’s site stated. EDF Energy is the official energy supplier of the London Olympics.

Content will go through a filter that tracks certain phrases such as “Olympics” and “London 2012” as well as emotional words, punctuation, and emoticons posted in tweets during the games, and the algorithm’s list of tracked words will grow daily. EDF Energy tracks the nation’s “energy” during the day, and you can also see which athletes and sports are trending as well as which cities in the U.K. have the most positivity.

“The algorithm we developed converts real-time social emotions into colour and motion and then tweets to the light show,” Justin Manor, the founder of Sosolimited, told The Telegraph. “We distil 24 hours of action into a 24 minute visual concert that embodies the emotional peaks and troughs of the day.”

“Energy of the Nation” will take place at 9pm BST every night at the London Eye and the color of the light show is determined by the positivity level determined by Twitter reactions. If there is mostly positive energy, then the London Eye will have yellow lights. If it’s mostly negative it will have purple lights. A so-so or neutral day will have green lights.

EDF Energy will also display the Union Jack during the “Energy of the Nation” light show if Team Great Britain wins a medal in the Olympics.