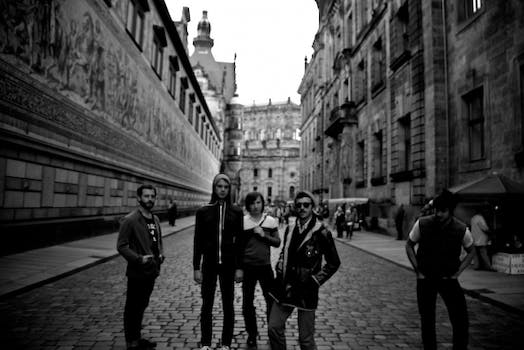 Band gets instruments back, thanks Internet

Social media, the Chicago Police Department, and good luck conspire to return the instruments of one Lollapalooza band.

“Don’t worry, everyone. Portugal. The Man got their instruments back. We can cancel the mass suicide,” joked Mike Proper in a tweet late Thursday night.

Following their performance at the annual Chicago-based musical festival Lollapalooza, Portugal. The Man found their trailer and van, full of their instruments, stolen from the concert grounds.

The band immediately turned to social media. Besides tweeting a picture of the stolen van and trailer and posting photos of their stolen instruments on Facebook, Portugal. The Man also released a public spreadsheet of their gear.

The van and trailer were found a day later, but a week went by before the band saw the return of some of their instruments, care of the Chicago Public Department. According to the Chicago Sun-Times, South Side mechanic Juan Ocampo was arrested for receiving stolen goods.

While it is unclear if social media played a role in tipping off the police, Portugal. The Man took to their band page to thank the Internet’s efforts in a blog post Tuesday. Wrote lead singer and front man John Gourley:

“…Well, it is good news and it is more than just a win for PTM, it is also a win for Twitter, the world of social media, the Chicago police, and old-school journalism. We had taken notice of this as soon as the first tweets started rolling, as the blogs were posted and the news story aired. It’s the sort of thing that brings you close to tears (in the manliest way, of course). Tears not because we had a chance of getting our things back because, after all, they are just things but because this was people banding together over a cause.

“…As much as I found humor in the fact that it took a robbery to make us a trending topic on twitter I knew it was more than the band, it wasn’t about ‘us’ at the end of the day, it was about all of us…

“I have said this before and it will not sound any less cliche’ saying it now: We can do anything when we work together. … The most important thing to remember is that we did this together.”

As for the Chicago Police Department? Portugal. The Man is sending them donuts.