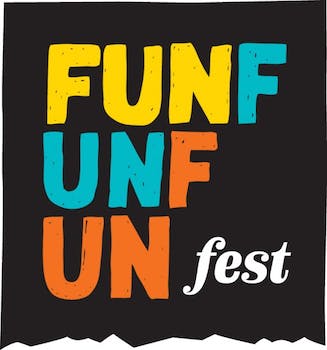 In the near future, concert fanatics may never leave home.

Over the past year, live-streaming has blown up online. YouTube broadcast not only from the summer’s biggest music festivals —Coachella and Lollapalooza — but recently offered an exclusive Coldplay concert that let users scroll between three camera angles.

Facebook has also been translating the concert experience for its online audience. The social network began experimented a few months back with a live-stream of Widespread Panic’s two-night stand at the Moody Theater in Austin, TX. That same venue, in fact, hosts Austin City Limits’ first webstream on Facebook tonight for a taping of Swedish dance-pop tease Lykke Li, 8 p.m.

The trend should only continue with YouTube’s new professional-grade programming, announced earlier this week. Among those listed on the confirmed channel list were Noisey, the Vice offshoot whose Special Engagements series premiered this summer with Theophilus London, and Pitchfork, the popular music site that generates 3.3 million unique visitors each month. This weekend, however, the latter raises the bar.

Pitchfork will cover Fun Fun Fun Fest on four separate channels, with each dedicated to a specific stage: Black (hardcore/metal), Orange (indie rock), Blue (hip-hop), and Yellow (none of the above).

With that format in mind, the Daily Dot compiled this handy live-streaming guide – as to be expected – in 140 characters or less. Follow along with yours truly for live updates all weekend.

The best reason to tune in early, Mark Ryan of Marked Men reinvented himself with Mindspiders, taking lo-fi punk to outer space limits.

This prolific Syrian wedding singer might not get asses bounces like Big Freedia (6:05 p.m.), but his high energy street-folk casts exotic, dizzy spells.

The local grit-blues shouter had his breakout LP, Scandalous, remixed for the Dirty South by Mad Decent’s Derek Allen. Download the mixtape here.

The beat-boxing comic and Conan regular could be the human embodiment’s of South Park’s Chef and has taken to covering Thin Lizzy’s “The Boys are Back in Town.”

Arguably the strongest indie federation in Texas, ACW pulls out all the stops — and the occasional ladder, table, and tacks — for Fun Fun Fun Fest.

Damned But Not Forgotten, as the title of their 1985 LP promised, the British punks still charge with all the snot-nosed fury of the original Blank Generation.

How could we not love @AllThingsBrody? He’s takes a no-holds-barred approach to Twitter that’s as funny and entertaining as his stand-up routines.