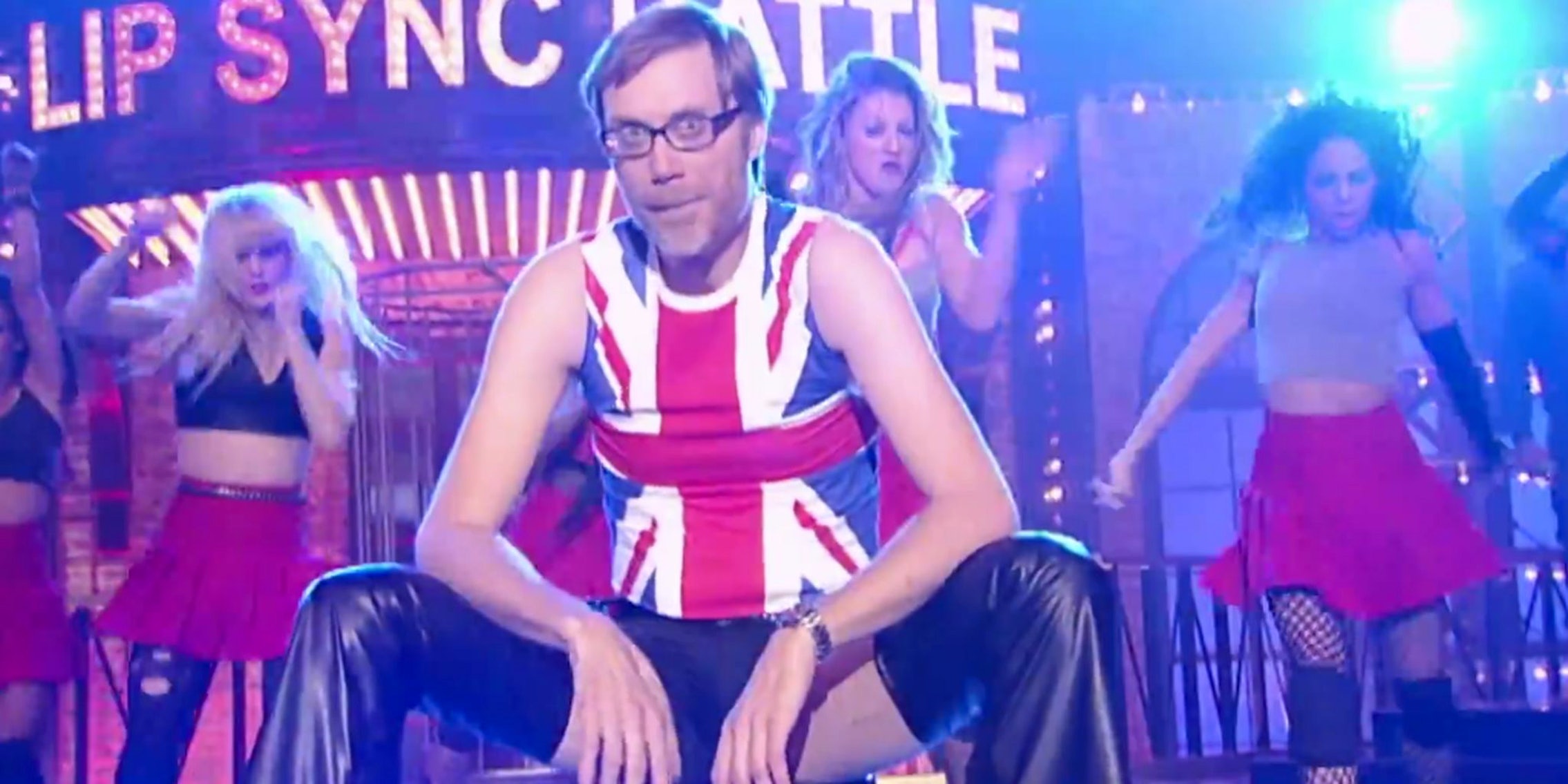 Two snaps for those chaps.

Thursday night’s Lip Sync Battle featured a frenetic faceoff between Malin Akerman and show producer Stephen Merchant. After Akerman told a story about Merchant smack-talking her on a plane, she tried to show him up, diving into a very energetic version of Def Leppard’s “Pour Some Sugar on Me.”

But Merchant’s was in his element, and his take on Enrique Iglesias’s “Hero” definitely upped the ante.

Then, the battle for dirtiest got even more intense, as Akerman took on Jason Derulo’s “Talk Dirty” and Merchant did Christina Aguilera‘s “Dirrty.”

A man that tall should never wear leather chaps, which is probably why he won. Also, Chrissy Teigen should win something for sniffing Merchant’s trouser sock.