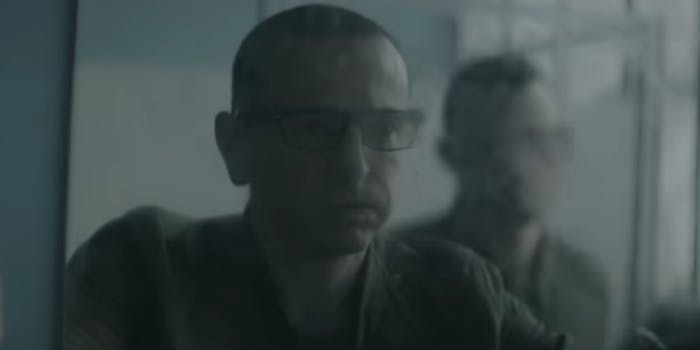 Linkin Park wants fans to forget about ‘Hybrid Theory,’ and that’s a shame

How can you leave behind 10 million albums?

As California alternative rock band Linkin Park preps album No. 7, One More Light, lead vocalist Chester Bennington would rather fans look forward with him, and “move the fuck on” from previous success.

He’s speaking of Linkin Park’s 2000 mega-smash debut, Hybrid Theory, which sold more than 10 million records worldwide. The project spawned such emo-illustrious hits as “One Step Closer,” “Crawling,” “Papercut,” and “In the End”—all touring favorites, perhaps begrudgingly so, if you ask Bennington. Speaking to NME this week, it’s clear he doesn’t quite understand the unending clamor for it.

“When we made Hybrid Theory, I was the oldest guy in the band and in my early 20s,” he says. “That’s why I guess I’m like: ‘Why are we still talking about Hybrid Theory? It’s fucking years ago. It’s a great record, we love it. Like, move the fuck on.’ You know what I mean?”

It’s a curious and passive-aggressive statement. But there’s a full history of similar sentiments in rock music.

The Beatles didn’t love 1970’s Let It Be. Blur frontman Damon Albarn hated his band’s 1991 debut, Leisure. Oasis guitarist Noel Gallagher claimed that 1997’s overbearing third album, Be Here Now, was “the sound of a bunch of guys, on coke, in the studio, not giving a fuck.” Former Linkin Park collaborator Jay Z knows that 2006’s Kingdom Come is the worst in his dense catalog, and even noted as such in his own ranking of albums.

But one of these things is not like the other.

Oh my bad. I'll just forget the talent and raw emotion Hybrid Theory had; and listen to the new snoozefest LP has become.

How can these guys leave behind 10 million albums? They can’t, and they shouldn’t be asking fans to either.

Hybrid Theory is the very best thing Linkin Park ever released, by far, in any context. There’s no questioning the fan power and marketing machine behind the band, once named the biggest band in the world as recently as three years ago. However, every release from 2003’s Meteora to 2014’s The Hunting Party has failed to match the original’s heights in terms of pop songwriting.

On Wednesday the band released “Invisible,” a new single I’ve already forgotten about:

All of Linkin Park’s success was built upon Hybrid Theory’s triumphant reflection of teen angst and frustration. If Rick Astley is still touring on the strength of 1987’s “Never Gonna Give You Up,” then Linkin Park can shut up and play the hits.