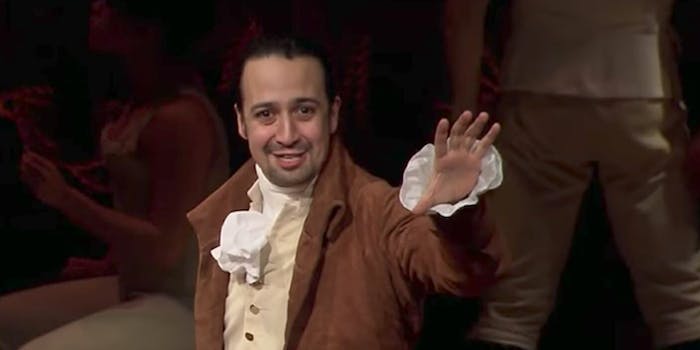 Lin-Manuel Miranda just gave us another reason to like him.

Lin-Manuel Miranda just gave us another reason to like him.

Miranda, who created and starred in Hamilton, will reprise his title role when the Broadway hit has a three-week run in Puerto Rico in 2019.

Plans to bring the show to San Juan were prioritized following the devastation left by Hurricane Maria.

“When I last visited the island, a few weeks before Hurricane Maria, I had made a commitment to not only bring the show to Puerto Rico, but also return again to the title role,” Miranda, who is Puerto Rican, told Variety. “In the aftermath of Maria we decided to expedite the announcement of the project to send a bold message that Puerto Rico will recover and be back in business, stronger than ever.”

More than six weeks after the storm, thousands of Puerto Ricans are still living in shelters. Almost 60 percent of the island still does not have electricity. On Tuesday, Natalie Jaresko, the executive director of the Financial Oversight and Management Board for Puerto Rico, said relief efforts are needed in Puerto Rico “on an unprecedented scale.”

Hamilton will run from Jan. 8 through Jan. 27 at the University of Puerto Rico.

Bit of a day.
I have a year and a bit to remember the words.
🇵🇷🇵🇷🇵🇷🇵🇷🇵🇷🇵🇷 https://t.co/QsmelVlscX