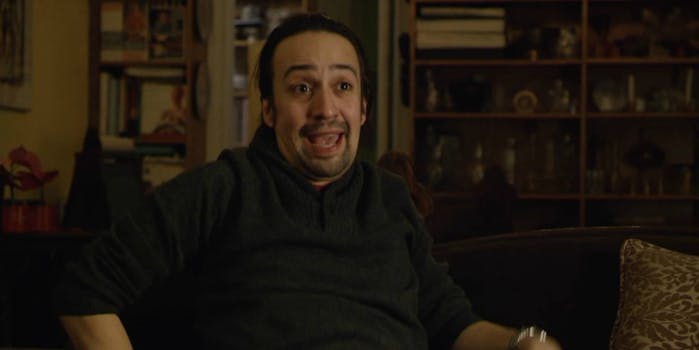 Shots of honey whiskey for everybody!

Lin-Manuel Miranda hasn’t played the title role of his Broadway smash since the summer, but he still can’t get away from Alexander Hamilton.

Though he’s no longer starring in Hamilton on the stage, he’ll be narrating an upcoming episode of Comedy Central’s Drunk History—which, unsurprisingly, tells the tale of Alexander Hamilton.

Here’s a sneak peek for the episode that airs next Tuesday at 10:30pm ET and stars Alia Shawkat as Hamilton and Aubrey Plaza as Aaron Burr.

Does Miranda sound drunk (which is kind of the point of the series)? If you said yes, it might be because he said he drank three-quarters of a bottle of honey whiskey while taping the show during the last Super Bowl.

The best news of all: As far as we can tell, Mike Pence doesn’t play a role at all.