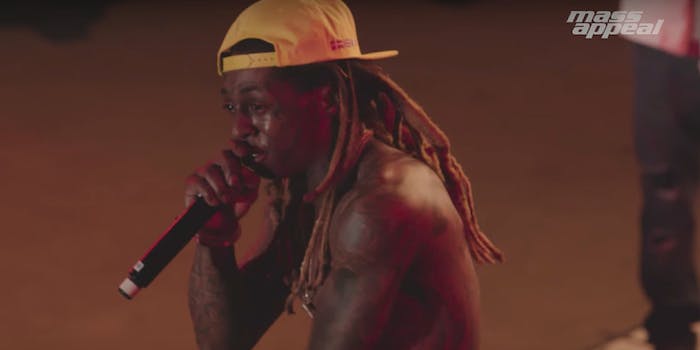 Lil Wayne might have another son, TMZ reported Thursday.

In 2015, Watson went to court to establish paternity and claim child support. According to TMZ, a Louisiana judge ordered that Wayne pay $5,000 a month in child support, but the rapper has failed to do so.

TMZ reported that Wayne says he hasn’t paid because he was “never served with legal papers or notified he’s legally the father.” The source has said the rapper will take a paternity test and, if the results are positive, take on the responsibility of paying child support.

Watson’s son, Dwayne, was born in February 2002 and named after Wayne. In legal documents, Watson claimed that her and Wayne had a “sexual relationship” in 2001.

Wayne has four children—three sons and one daughter—all with different mothers.