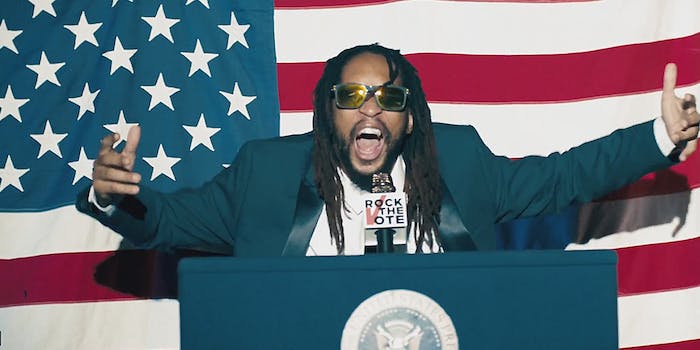 Lil Jon’s ‘Turn Down For What’ gets a political remix

Lil Jon and other celebrities ask you to Rock The Vote.

In a new video, Lil Jon and a list of other celebrities encourage citizens to dance and show up to vote for midterm elections this year.

Non-partisan organization, Rock The Vote, recruited music producer Lil Jon to remix his hit “Turn Down For What” party track into an unofficial midterm election anthem. The final product, “Turn Out For What,” is a song just as danceable as the original, and it comes packaged with a star-studded video that’s about as fun as voter mobilization tactics get.

Lena Dunham, Fred Armisen, and others sashay and boogie across your screen while sharing the issues that are motivating them to vote in this election—issues like marriage equality, prison reform, race equality, and legalization of marijuana.

If you still haven’t registered to vote, visit www.RockTheVote.com and help make “Turn Down For What” as successful as it is catchy.