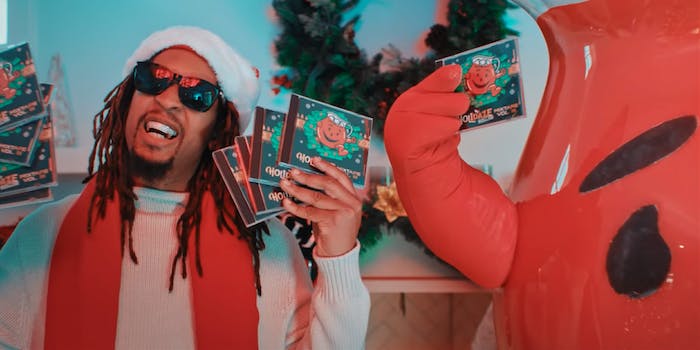 Yes, it is December 2018 and Lil Jon is rebranding the Kool-Aid Man, who makes his trademark entrance by breaking through a wall just as Lil Jon is about to sing a song at his piano. Want some eggnog? Too bad, there’s only Kool-Aid. Want a deeper understanding of the inner workings of the Kool-Aid Man? Too bad, he still only says, “Oh yeah.”

While the song doubles as an ad for Kool-Aid, Lil Jon told Rolling Stone that he’s long wanted to do a Christmas song. “I could never get the right inspiration to get it done though,” he said. “I wanted to do something fun for young and old, and I think that mission is accomplished.”

Kool-Aid’s parent company, Kraft Heinz, stated the obvious of the branded song: “It’s not every day people hear a song from two icons like Kool-Aid Man and Lil Jon.” It also added that the song is meant to be a multigenerational “holiday party anthem.”