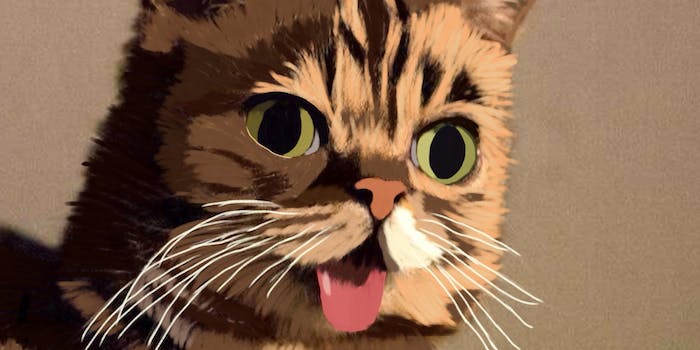 Though YouTube is littered with cat videos, Lil Bub has managed to catch the eye of the online video masses. Now, a new video reveals her struggle during her pre-Internet fame days with what was assumed to be an incurable disease.

According to her official website, Lil BUB was born as the runt of a feral litter in a tool shed in Indiana. Her owner, Mike Bridavsky, discovered she had, among other genetic mutations, a rare bone condition called osteopetrosis which rendered her immobile by the time she was one. At that point in 2012, Lil Bub could barely stand up properly and specialists claimed there was little that could be done.

Bub underwent a series of therapy treatments, complete with a lot of love from Bridavsky and a huge batch of perseverance on her end. Though the odds were against her, Byb finally learned how to stand up and walk (or waddle) around. And by the end of 2013, Bub could run, jump onto surfaces, and climb up and down stairs.

First appearing at the Walker Art Internet Cat Video Film Festival, Lil Bub’s rise to fame has been steady and impressive. In April 2013, Vice Media created an award-winning documentary based on her called Lil Bub and Friendz, which is now available on their site and involves other popular internet cats like Keyboard Cat and Grumpy Cat. Bub also has a book coming out through Penguin’s Gotham Books division, and she’s currently the “host” of her own talk show Lil BUB’s Big SHOW, sponsored by Revision3.

Bub is one of those internet cats who deserves the attention she’s getting. If anything, her struggle with osteoporosis has just made her a more permanent fixture in the online cat world and in the hearts of her fans.

Photo via sayhedgehog/Flickr (CC BY ND 2.0)