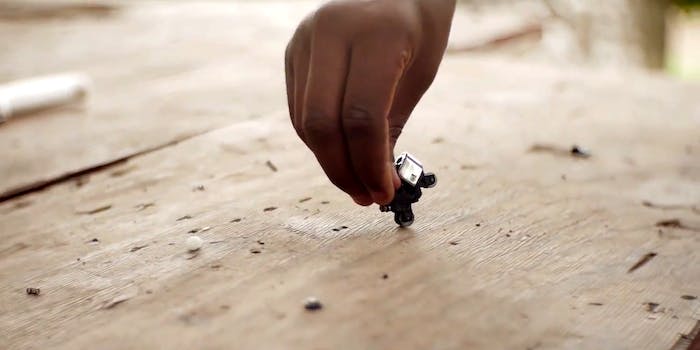 How to turn your empty lighter into a cool toy motorcycle

A French filmmaker has just given empty disposable lighters a second life.

In a new YouTube video from Jamaica-based producer Romain “Sherkhan” Chiffre, a teenage boy can be seen taking apart two lighters and fashioning them together with glue to make a toy motorcycle.

The two-minute clip is part of an ongoing series called “Raatid and Magic,” in which Chiffre provides an unadulterated look at Jamaican life. Since 2003, he has filmed musicians, artisans, and businesses.

Instructions on how to make the toy motorcycle have circulated around Reddit since 2011. Check out the Imgur album below on how to piece together your own.