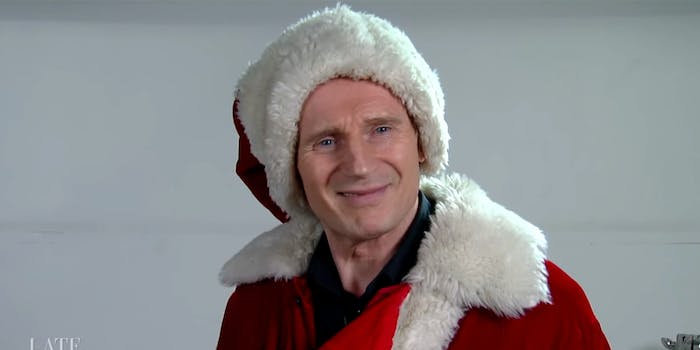 He does have a particular set of skills.

Being a mall Santa isn’t as easy as it looks. Just ask Liam Neeson.

Although he’s missing the facial hair for the part, Neeson puts his acting chops to the test. But after having spent the past few years mainly in gritty action films, he’s a bit rusty when it comes to portraying someone a little more jolly. All he knows is that there are some naughty kids who don’t deserve presents.

And don’t get him started on the reindeer that ran over Grandma. Turns out he’s still holding a grudge—as well as a thirst for revenge.