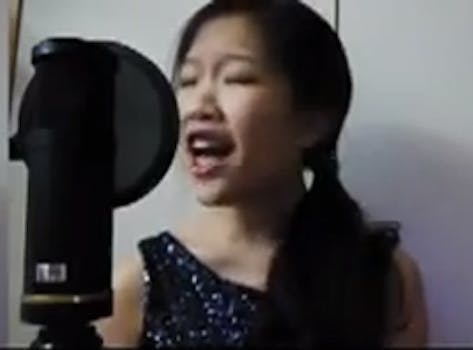 These singers take YouTube's popular "one-man medley" format to new heights with their renditions of numbers from Les Miserables.

“One-man medleys”—the phenomenon in which talented YouTubers record, edit, and sync their own voices singing in harmony—are innumerable on YouTube. But recently, one viral video and one perennially popular 15-year-old musical have combined to produce an irresistible combination.

That’s right. It’s a YouTube theatre crowded with one-person renditions of Les Misérables, and we flock to it like students to a barricade.

Popular ever since its 1986 premiere in the West End, Les Mis‘s giant cast and string of powerhouse ballads and eminently singable ensemble numbers have proved a lethal combination for audiences ever since. Now, with the advent of the film, YouTube is rediscovering its love for revolution and counterpoint.

At 1.5 million views, the champion Les Mis medley-maker is undoubtedly Nick Pitera, whose song stylings have made him a YouTube sensation with over 300,000 subscribers.

Though his Les Mis medley, created four months ago, is a hit, it’s not the first.  YouTubers have been solo-blasting their way through the show’s powerhouse ensemble number, “One Day More” for years. Not to be outdone, in the years since, and especially since Pitera popularized his own version, one-man medleys of the show have abounded. Enjoy some more of our faves:

In 2009, Shyaporn set the bar high, when he tackled the number complete with epic costumes, wigs, and, uh, Star Wars action figures:

This pristine barbershop rendition of “Bring Him Home” is enough to melt even Javert’s cockles:

This 18-year-old from Singapore does all her medleys by ear, which makes her transitions in this piece a refreshing change from the medleys you’ve heard countless times by now.

Performed live at a “Mostly Sondheim” cabaret in 2007, fans familiar with the original Broadway cast recording will enjoy Nash’s hilarious spoofs on Colm Wilkinson, Francis Ruffelle, and the rest of the gang in this version of “One Day More.”