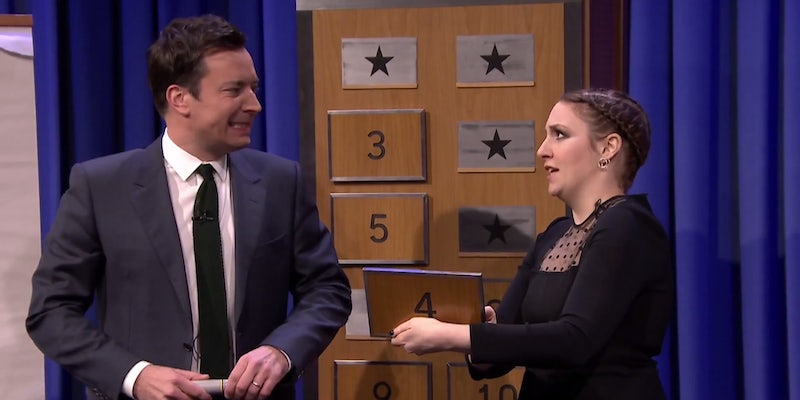 He manages to get plenty across through his art. Just not what was intended.

Actors have to portray emotions and moods for the audience to pick up on, but they might not be as good at conveying concepts through 2D art.

In another rousing game of Pictionary, Jimmy Fallon and Steve Higgins faced off with J.K. Simmons and Lena Dunham to see who could draw the better stick figure art. And although Fallon has played this before on the show, he doesn’t necessarily have the upper hand.

“This is not gonna go well,” Fallon repeated.

In most cases, zooming in on someone else’s game might be boring, but Fallon does feature a hotdog that looks much more NSFW than something you’d get at a ballpark. And with Dunham and Higgins’ communication, they manage to keep it interesting.