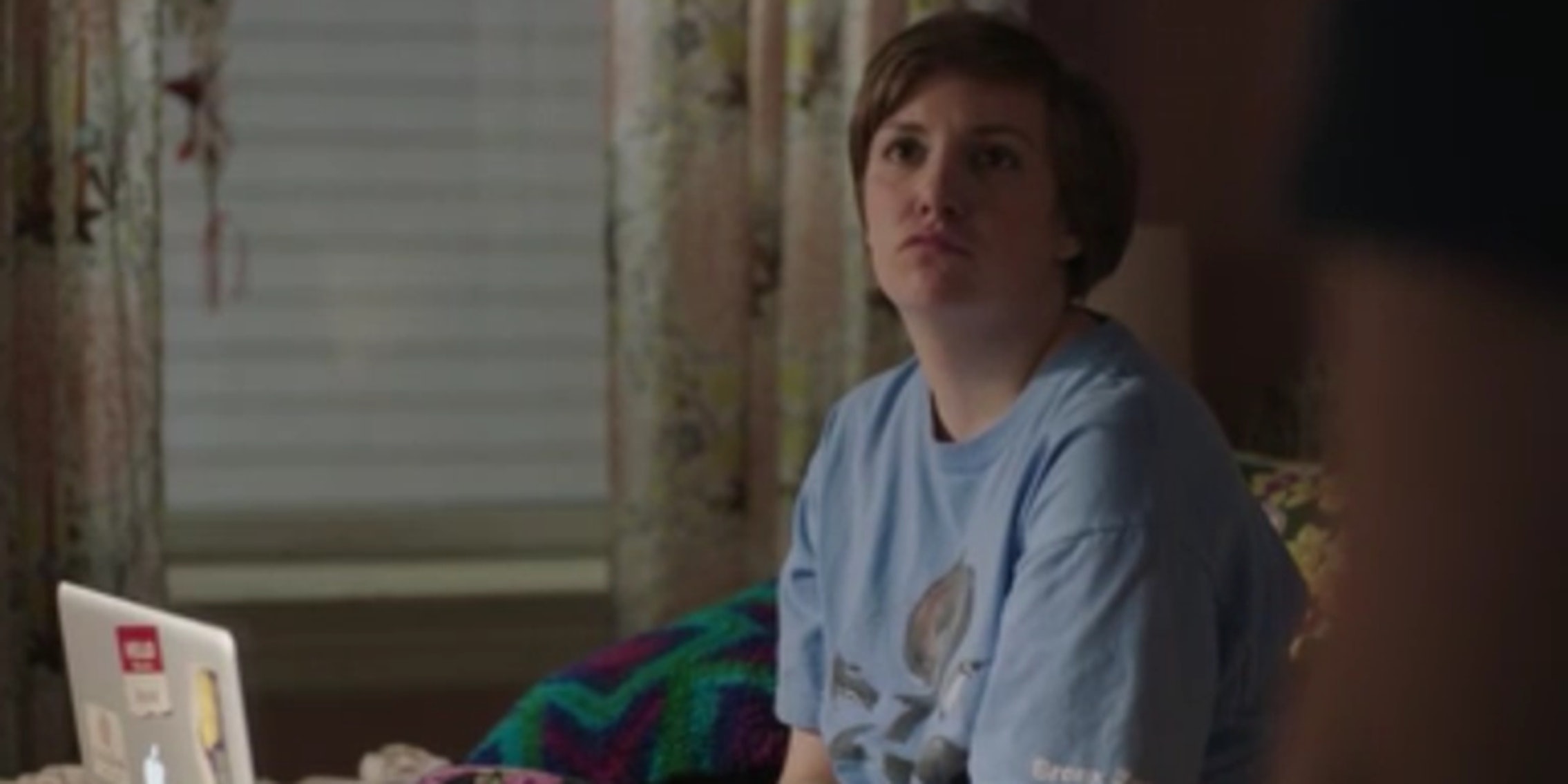 Hannah Horvath, has a short but telling conversation with her boyfriend, Adam, about Gawker.

In last night’s episode of Girls, Lena Dunham’s character, Hannah Horvath, has a short but telling conversation with her boyfriend, Adam. She’s reading a Gawker post about [WARNING: SPOILERS] the death of her editor. Reeling from a previous scene in which she’s accused of being self-absorbed, Hannah proceeds to defend the site to Adam:

“You’re getting your news from Gawker?”

“They report on media news, and I’m a media-ist, so it’s where I’ve got to get my news.”

After reading a tone-deaf “eulogy” for her editor, Adam comments that they’re “a bunch of jealous people who make a living appealing to our basest desire to see each other kicked while we’re down.” Hannah then references Gawker’s sister site, Jezebel, as a place where “feminists can go to support one another, which we need in this modern world full of slut-shaming.” The comments board is important to Hannah, and it’s why she’s made so many “e-friends.”

The timing is too good to be true, of course The episode follows just a couple weeks after Jezebel’s controversial bounty on Dunham’s unretouched Vogue photos. Jezebel’s follow-up post, in which it displayed the relatively unshocking before-and-after shots, prompted accusations of bullying. Critics accused Jezebel of literally betting that a woman’s body would look bad.

Gawker, meanwhile, is currently saddling up for a lawsuit brought on by Quentin Tarantino, who’s miffed at Gawker blog Defamer for publishing his leaked script for The Hateful Eight. “Gawker Media has made a business of predatory journalism, violating people’s rights to make a buck,” claims his lawsuit.

Dunham remarked earlier this month that the Jezebel comment in the episode was sarcasm, but a subtweet speaks a thousand words. If this plot point is a narrative device to extend a middle finger to Gawker Media’s ransom journalism, she couldn’t have a better mouthpiece than the idealistic, clueless, self-absorbed Hannah, who claims herself to be an actual Jezebel commenter. (This is a nice throwback to 30 Rock’s “Joan of Snark” Jezebel parody on their “TGS Hates Women” episode.)

But the bigger point here seemed to be the predatory state of online media in an age when interviews about the NSA are interrupted by “breaking news” of Justin Bieber’s arrest. This desire to hunt, rip apart, and digest celebrity culture and instantly produce unpolished, snark-filled, bite-size, Twitter-ready bloglets is great for pageviews. But is it making us think, not just consume? Do readers even care anymore?

I struggled with Girls in its first two seasons, but season 3 has developed more muscle. Hannah continues to be maddeningly clueless; by the end of the episode, she’d lost me. But as a means of using media to critique media, Dunham threw some sharp elbows last night.