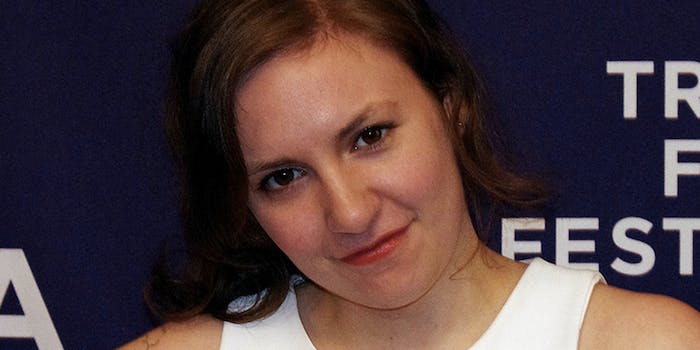 Lena Dunham is really gunning for the award for hippest Brooklyn millennial ever. This week, she helped a guy sell his couch on Craigslist by posting his funny ad on her popular Twitter account.

Brooklynite Mickey Dwyer was desperate to unload his couch, so he tweeted at Dunham for help getting the word out. Dwyer didn’t know Dunham, but he did know good advertising; He’d described his couch as the “Lena Dunham of couches” and quoted Dunham’s HBO show, Girls, extensively in his Craigslist post.

The ad, for the Gowanus neighborhood in Brooklyn, calls the couch “relatable” and “very real” just like Dunham herself. He’s selling it for $200.

“Is it OKAY for us to talk about a regular and normal couch being sexy? Can we recognize that?” he wrote.

.@lenadunham Will you help me sell my couch? I have less followers than you and need it outta here. http://t.co/KI29PhAF0z Thanks. #couch

With Dunham’s RT of approval, Dwyer’s message has been retweeted more than 300 times and favorited more than 80.

Surely one of those people is in the market for a couch. If not, maybe Dunham wants it for some “very real” set dressing.