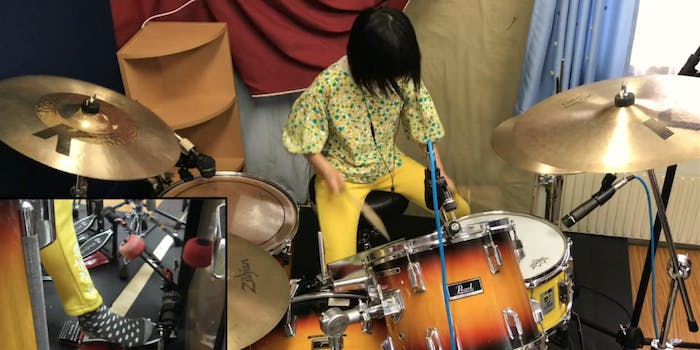 As part of the 2018 Hit Like a Girl drumming contest, Soma’s family submitted a clip of her performing Led Zeppelin’s “Good Times Bad Times,” and putting herself in the seat of John Bonham, one of her favorite drummers. According to the video’s description, “At age 2, I was playing the drums as if I were playing with toys. At age 4, I started performing at concerts. At age 5, my family band Kaneaiyoyoka was formed by my parents.”

It’s clear from the clip that she has the technicals down, especially the kick drum, but it’s also notable for how much fun she seems to be having. She didn’t win the contest, but her “dream is to be the best drummer in the world,” and she’s well on her way.

You can see more clips of Soma here.