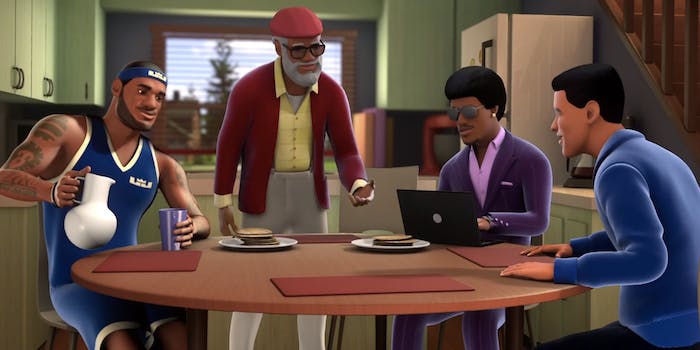 The LeBrons get up to animated mischief for the third time.

The LeBrons, the webseries created by basketball superstar LeBron James, returned for its third season this month. Three new episodes are already released.

The LeBrons follows four characters, each a subset of James’s personality—the Kid, the Athlete, the Businessman (voiced by James himself), and Wise, the elder statesman. The series originated as a tie-in to a sneaker commercial in 2011, and transitioned from a handdrawn style in season 1 to a computer-generated Sims-esque style in seasons 2 and 3.

In the first three episodes of the new season, the LeBrons clean up the local junkyard only to reveal that a real estate company is looking to turn the space into condos, use their connections to get into the “big game,” and deal with social media foibles and the consequences of viral YouTube videos. While thes series mostly focuses on Kid, his group of friends, and his interactions with Wise, Athlete and Business are both comic relief, with Athlete practicing yoga until a paddleball distracts him, and Business mostly styled as a flashy ’70s-leisure-suit-wearing fast-talker always glued to his phone.