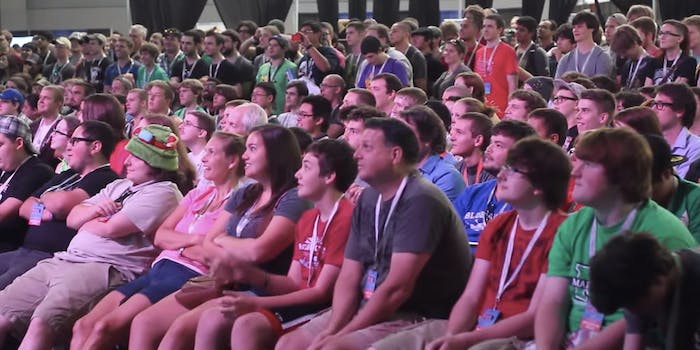 Rooster Teeth crowdfunds its way to the big screen.

Rooster Teeth is shattering records. After reaching their Indiegogo goal for a forthcoming feature film in less than 24 hours, the company has gone on to host the platform’s No. 1 funded film in history.

In one month the Rooster Teeth team raised 382 percent of its originaly $650,000 goal, surpassing $2.4 million in funding with the help of more than 37,000 supporters, a metric Rooster Teeth founded Burnie Burns called out during his VidCon keynote in June. He emphasized that viewcounts as low as 25,000 (the number of supporters at the time of VidCon) would be seen as a failure, but that number of committed fans was all it took to make Rooster Teeth’s film dreams a reality, and then some.

The Rooster Teeth community has had ample time to grow into a powerhouse. The company has spent 11 years creating Internet content, with its main YouTube channel boasting 7.5 million subscribers. With long-running series like Red vs. Blue and newer outings like RWBY, the Rooster Teeth team felt the next logical step was a feature film.

The funded film, Lazer Team, is described as a live-action sci-fi comedy that takes places after a message from outer space is decoded to reveal that Earth is not alone, and that the galaxy isn’t safe. No word yet on when production is slated to begin.