What does talkshow host Lawrence O'Donnell really think about liberals? Check it out and see for yourself. Every day, we at the Daily Dot find something that people on Facebook are sharing and in turn, share it with you—with a little explanation. Here’s today’s share.

A picture created by a group called the Anti-Republican Crusaders is being shared rapidly on Facebook, defending the word “liberal” from its detractors. Though it was originally posted in December, it’s only now going viral on the site: over 8,500 times and counting. More than 2,000 of those have come in the past twelve hours.

The image is a picture of MSNBC political analyst Lawrence O’Donnell Jr., overlaid with text that lists notable accomplishments by liberal American politicians.

The quote apparently comes from a 2005 episode of the West Wing called “The Debate,” which was written by O’Donnell. In the show, it’s spoken by the character of Matt Santos in a live presidential debate. Santos, interestingly, was modeled after then-Illinois Senator Barack Obama. 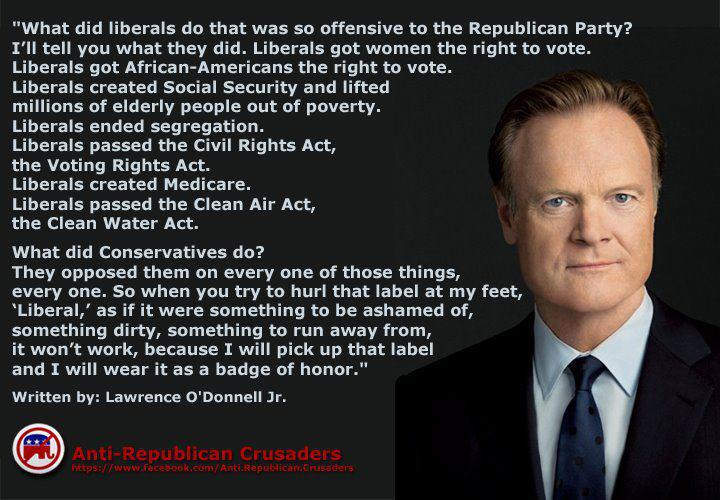