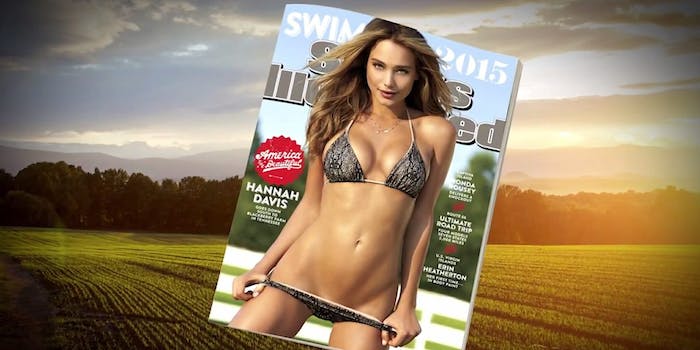 A paper magazine full of photos of women in bikinis. Why do people still care about this?

As always, Last Week Tonight‘s “How Is This Still A Thing?” segment is hilariously accurate.

In the latest episode, John Oliver‘s team tackled the Sports Illustrated Swimsuit Issue, an annual tradition that now seems hopelessly out of touch in more ways than one. First of all, you’ve got the inherent creepiness of middle-aged male news anchors freaking out over a bunch of semi-naked women. Then you’ve got the simple fact that it’s a print magazine full of images that you could just as easily find online—or in your average ad for Axe body spray.

So, why is Sports Illustrated’s Swimsuit Issue still a thing?

In the end, it all comes down to marketing. This year’s manufactured controversy is the way cover model Hannah Davis is almost (but not quite) pulling her bikini bottom down too far. As many people have already pointed out, the magazine used this technique as recently as 2009, also to great success. At this point, we don’t know who’s more embarrassing: Sports Illustrated or the people who still bother to buy it.