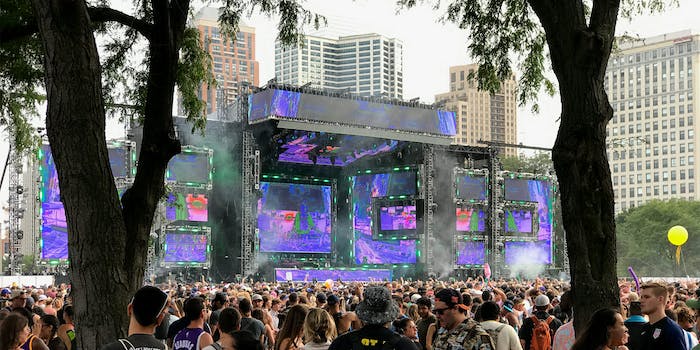 Stephen Paddock, the man who killed 59 people at a country music concert in Las Vegas on Sunday, reportedly also targeted the Lollapalooza site two months ago.

TMZ reported early Thursday that Paddock had booked two rooms at the Blackstone Hotel, which overlooks Grant Park in Chicago, and provided a screengrab of his reservation dates, which lined up with when Lollapalooza started and ended. The hotel overlooks the main stage and entrance, but Paddock allegedly never showed up.

According to the Chicago Tribune, police are now looking into these reports. Chicago police spokesperson Anthony Guglielmi said: “We are aware of the media reports and have been in communication with our federal partners.” A law enforcement official confirmed Paddock’s reservations to USA Today on Thursday. Earlier this week, the Daily Beast reported that Paddock might have targeted another Las Vegas festival, Life Is Beautiful, the weekend before, and had rented out rooms at the Ogden, a hotel about eight miles away from Mandalay Bay. There are also reports that he scouted hotels near Fenway Park in Boston.

While Paddock killed 59 and injured more than 500 in the crowd, the Las Vegas Journal-Review reports that he also shot at nearby McCarran International Airport’s jet fuel tanks, which authorities confirmed he hit twice.