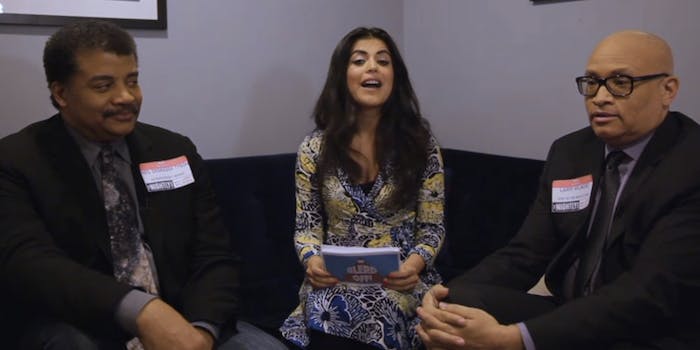 OK, so the questions may have been weighted in Wilmore's favor…

In a nerdy showdown between Comedy Central’s Larry Wilmore and everyone’s favorite scientist Neil deGrasse Tyson, you might be shocked by who comes out on top.

Wilmore faced Tyson in a “Blerd-Off”—that’s a Black Nerd-Off—backstage at his show. While the topics seem right up Tyson’s alley, the actual questions were perhaps weighted more for the talk show host.