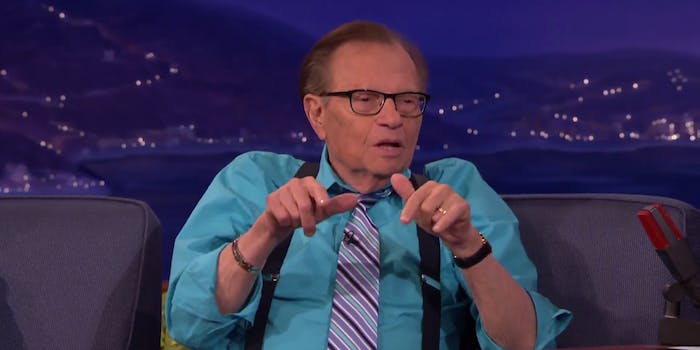 Larry King tells Conan how he crafts his priceless tweets

That's one way to spend a Sunday night.

The longtime talk-show host and avid tweeter—who famously doesn’t actually post his own tweets—talked to Conan O’Brien about his process. Instead of winding down on a Sunday night, he’ll just tell his wife what he wants to put on the Internet.

“Just let an idea float out,” he explained.

And while we may laugh at the randomness at some of them, he can even explain the logic behind them. If only we could all do that.

Sometimes I wish I were a mailman.#itsmy2cents

Cheers to whoever invented the Q-tip.

The rat is perfectly named.