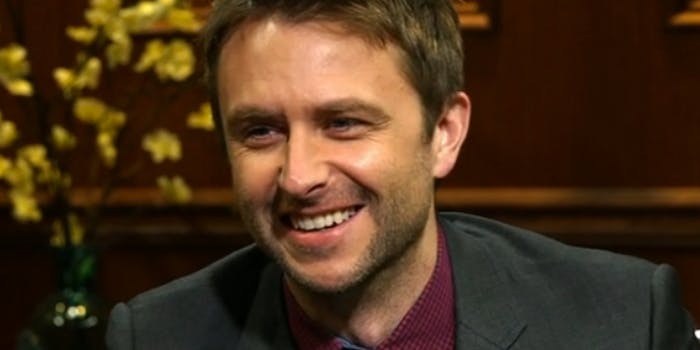 Larry King may be one of the biggest nerds in the world—he wears suspenders, after all— but when it came to defining the term “nerd,” he enlisted the help of someone even nerdier: Chris Hardwick.

Hardwick, founder of Nerdist Industries and the Nerdist YouTube channel, explained to King that the characteristics of a nerd are constantly changing, and there is no proper way to describe it. King quizzed Hardwick on his Ora.tv web show, Larry King Now.

Nerds, according to Hardwick, used to be made fun of, weren’t social, and took part in the nerdiest of activities, like computer camp.

“That was me!” joked Hardwick, describing his childhood. “I played Dungeons and Dragons. I used to bring my dice to school.”

But times, like King’s wrinkles, have changed. Nerds aren’t the social outcasts they once were, and the label is one that some wear with pride.

“Nerd culture is so pervasive now,” said Hardwick “It’s such a part of fabric of our culture, that you have a whole generation of young people who…the lines just aren’t as clear anymore.”

The line of being a nerd, or not, is “very much blurred,” said Hardwick.

In the full episode, Hardwick also talked with King about his addiction to alcohol and judged the nerdiness of the presidential candidates.