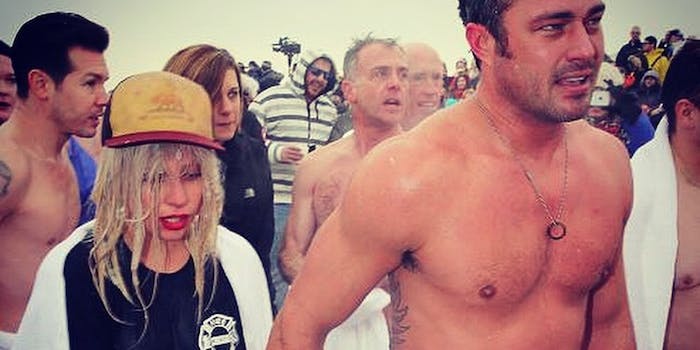 Lady Gaga took the Polar Plunge and her hair froze

Lady Gaga's comeback is hot, but her hair is cold.

Lady Gaga has spent the last few weeks launching the first phase of her comeback plan. Now, after absolutely slaying her performance at the Oscars and announcing her appearance on the next season of American Horror Story, Gaga has completed the publicity trifecta with a bit of charity work.

On Sunday, Gaga joined her fiance Taylor Kinney at Chicago‘s North Avenue Beach and jumped into the chilly waters as part of the yearly Polar Plunge to benefit the Special Olympics.

❤️ feels so good to do things for a good cause like the Special Olympics. It's great donate money, but also great to donate a gesture of love for those who deserve to be showered with it.

In 2013, Gaga appeared on Bravo’s Watch What Happens Live and The Daily Beast quoted her telling host Andy Cohen that flip flops were a “gateway drug” to sweatpants and no sex, as well as the “downfall of many relationships.”