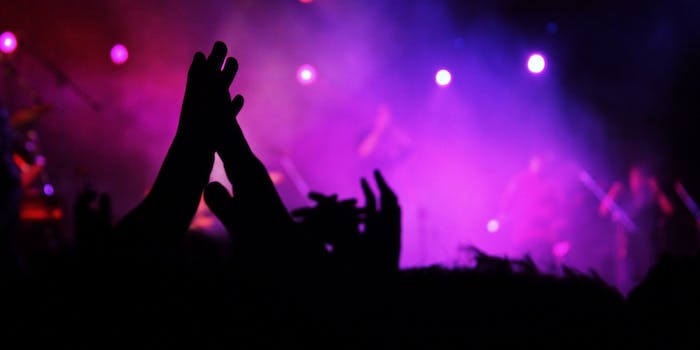 Gaga's Little Monsters are reporting every instance of the leaked song they can find.

In an unusual twist for young music fans, Lady Gaga‘s “little monsters” are rushing to file copyright complaints against leaked snippets of her first single in two years.

Gaga was upset when a 21-second soundbite of “Applause,” due to be released next Monday, surfaced over the weekend.

Lord, in HEAVEN WHY

YOU JUST COULDNT WAIT THIS IS TOO MUCH FOR ONE SATURDAY

She retweeted a link to Universal Music Group’s Piracy Referral Form along with a fan’s plea to report all the links to the clips.

Thousands of Twitter users and forum members raced to flag the audio, according to TorrentFreak. Some claimed they reported hundreds of links, with targets including Soundcloud and Perez Hilton. The campaign looks like it’s working.

Music sites suddenly found their embedded Soundcloud audio no longer worked. Links to YouTube videos apparently containing the snippets are gone, nixed by copyright claims. Dig a little on the video-sharing site and you might find the audio, but it’ll surely be taken down quickly.

Fans tend to gleefully share leaked material from their favorite artists. One Direction‘s latest single spread like wildfire after a Twitter user leaked it last month. Gaga’s fans are showing a remarkable level of restraint. Either that, or they’re actually listening first, then filing complaints.

Some are wondering if Gaga’s management might have intentionally pushed out a teaser, a way to drum up publicity with faux-controversy.

Regardless, as long as there’s at least one person in possession of the snippet, it can never truly be removed from the Internet.