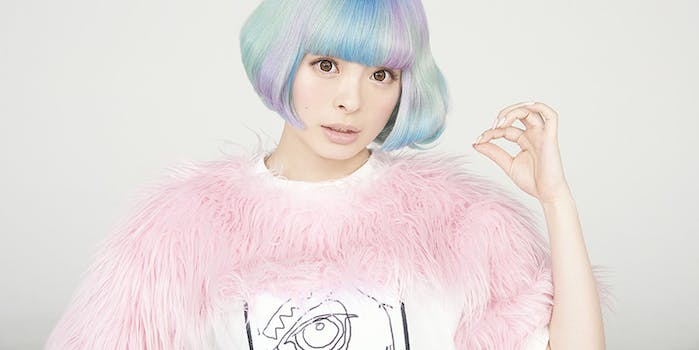 Pamyu is more kawaii than ever—and she's conquering the U.S.

Kyary Pamyu Pamyu is the star who foreigners imagine when they picture Japanese pop at its most bizarre. A tiny girl wearing clownish clothing, oversized pink shoes, and giant bows in her hair would certainly not be considered a draw in mainstream America, much less someone that has the potential to be a tremendous star.

But since her 2012 breakout single “Pon Pon Pon,” Kyary Pamyu Pamyu has been just that.

She’s a Lady Gaga presence in terms of eccentricity, but her style is distinctly bent in the direction of Japan’s obsession with kawaii street culture—the worship of all things cute.

With more than 97 million views on “Pon Pon Pon” alone, the 23-year-old’s appeal has clearly reached beyond the boundaries of Japan. Her bubble-gum sound is unapologetically huge, a glittering rainbow of cooing, sugar-encrusted happiness set over dance beats. Since 2011, she’s gained traction within anime enthusiast circles the world over.

“I had never thought that I would succeed as an artist this much when I first made my debut,” she tells the Daily Dot. “It suddenly became really busy and I was surprised and confused at the same time. If I could give advice to my past self, I would tell her to brace herself for some crazy, busy times ahead.”

Born Takemura Kiriko, Pamyu used to blog about fashion when she was a teenager, getting noticed enough to premiere and model her own “Harajuku eyelashes” line. Early YouTube videos show a vivacious, excited girl singing along to music very much in the vein of what she would later create.

A street photographer for Japanese print magazine Kera snapped Pamyu’s picture in 2009, capturing an image of an ingénue clad in a heavily decorated jean jacket and modeling a chic bob. But something more glimmered from her dark eyes, just barely peeking out from blunt-cut bangs—this girl had star power. 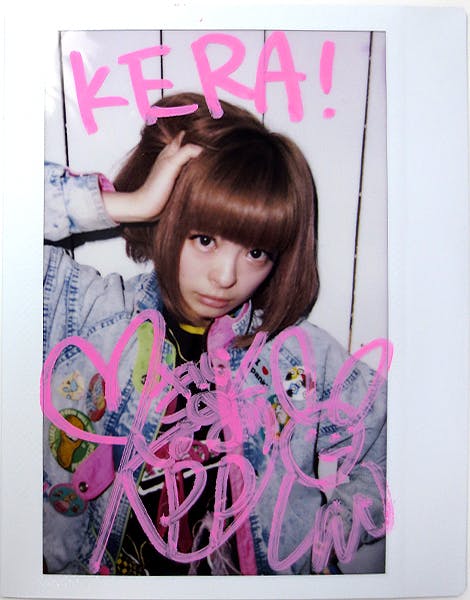 Pamyu was in high school when she was noticed at a club event by Yasutaka Nakata, the producer behind mega-hit electro group Perfume and one of the founding members of electronica band Capsule. Pamyu says that Nakata brought up the possibility of a musical debut for her. “I decided to take the opportunity because I was a huge fan of his music,” she says.

When “Pon Pon Pon” was released in 2012, Pamyu became an instant star. Her blog on popular Japanese social networking site Ameblo gained traction quickly and became one of the most popular in the network. Posting wacky selfies right alongside doe-eyed snaps made her a relatable figure for young fans, while always maintaining the demure sensibility that’s culturally attractive in Japan.

Pamyu’s latest single, “Sai & Co,” follows the same formula she’s perfected since her debut. The lyrics, as in her previous songs, are a garble of fluff with a few positive catchphrases anyone familiar with Japanese culture will recognize as typical rah-rah. While Pamyu’s sound hasn’t varied much during the course of her career, her visual aesthetic leads. Fans are still hungry for what she has to offer—although at 3 million views, it’s been a much smaller hit.

But the video is cool—and that’s in part thanks to Pamyu’s close involvement with its design.

sometimes we have eyeballs and things like that,” she says with a smile. “Also, we try to add an unrealistic atmosphere in the

video. This is why we hide our dancers’ faces as much as possible to avoid it from looking real.”

Pamyu’s videos sketch vivid psychedelic worlds that feel like a dream you cling to the bits of while sifting through the light layers of sleep. Dancing alongside mechanical birds in a 10-foot dress or playing guitar in a band with a polar bear, Pamyu is tricky to pigeonhole. Her only consistent quality is coming up with fascinating concepts.

Pamyu’s romance with all things scary started as a child. In junior high, she found herself strongly drawn to Marilyn Manson as a musician, describing herself as “addicted” to him. “His music is very different from mine, but I think he is an

incredible artist because he could fully express his creative vision,” she says.

Manson’s unflinching dedication to his persona clearly plucked a string in her heart, where pastel dreams were waiting to unfold.

Starting a a career with a viral boom doesn’t always ensure Americans will become longtime fans. (PSY’s “Gangnam Style,” anyone?) But as she celebrates her fifth year as a pop star, she’s has proven her ability to vault past viral notoriety and continue to redefine what an internet-age icon can do. Though it hasn’t been easy.

“I am grateful to get tons of attention, although, there was a time when I felt it was suffocating my personal life,” Pamyu says. “I believe it is important to fulfill my private life the way I want to live it, freely. Sometimes my fans got me through these tough times.”

Pamyu’s fans are not your typical concertgoers. Inspired by her eclectic take on style, they wear highly unusual gear to her live performances to show support. (Neon outfits, lots of glitter, assorted furry costumes.) They are an accommodating bunch, too.

“I am always so impressed that my fans overseas study Japanese and express their feelings to me in my language,” she says, smiling.

Recently Pamyu paid the favor forward by recording her own greeting in English for New York fans in advance of her U.S. tour. While she speaks slowly and carefully, her happy spirit still shines through.

Pamyu appears at the J-Pop Summit in San Francisco this week as part of her world tour to promote KPP Best, her latest compilation album. She’ll appear alongside other Japanese bands that have gained international acclaim like World Order, Yanakiku, and Silent Siren.

But Pamyu is the star of the show. Thousands will gather at her concerts, seeking the answer to a question every artist hopes to make fans consider: What will she do next?