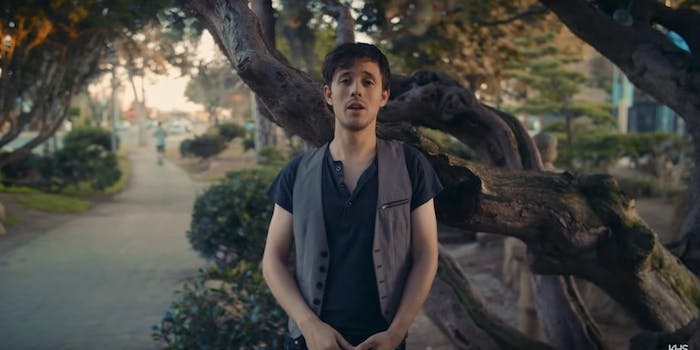 'To the Beat' will debut on Schneider’s YouTube channel in 2016.

Sony Music announced today that it is partnering with YouTuber Kurt Hugo Schneider to develop To the Beat with Kurt Hugo Schneider, a 10-episode digital series that will have the singer/songwriter/producer/videomaker interviewing Sony Music stars and creating new clips of them performing special versions of their hits.

Schneider’s YouTube channel has racked up 6.32 millions subscribers and 1.424 billion views with reinterpretations of hits by artists such as Michael Jackson, Bruno Mars, Justin Timberlake, Taylor Swift, Britney Spears, Miley Cyrus, and One Direction, made in collaboration with his friends and fellow social media influencers such including Sam Tsui, his former high school and Yale University classmate.

In 2010, Schneider directed the feature College Musical, shot on the Yale campus with Tsui and fellow Yalie (and future star of HBO’s Girls) Allison Williams. The film was released direct-to-digital in September 2014.

Earlier this year, Sony Music teamed with Above Average on the direct-to-digital documentary-style series Thank You and Sorry, starring Jack Antonoff, a member of the bands Bleachers and Fun and boyfriend of Girls creator/star Lena Dunham.

To the Beat will debut on Schneider’s YouTube channel in 2016.