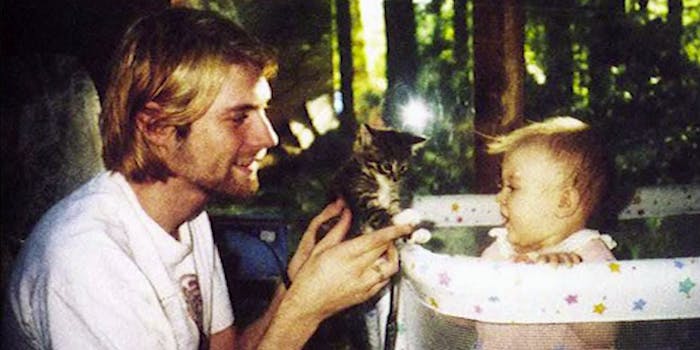 He once said he hated Paul McCartney, but this suggests otherwise.

Montage of Heck director Brett Morgen’s dive into Kurt Cobain’s audiotapes have brought out another gem that nobody previously knew existed.

Cobain once said that he wasn’t a fan of Beatles singer Paul McCartney, but in his research for the documentary on Cobain’s life, Morgen found something that seemed to shatter that: a rough cover of “And I Love Her,” which McCartney wrote and sang the lead vocals on.

“Nobody in Kurt’s life—not his management, wife, bandmates—had ever heard his Beatles thing,” Morgen told Rolling Stone in January. “I found it on a random tape. It’s a Paul song. How’s that for shattering the myth?”

The Cobain documentary will showcase lots of new material from the singer’s archives, but fans got the Beatles song a little early online. The quality is a little shaky, but considering it was recorded decades ago, it still holds up rather well. It’s just Cobain and his guitar giving a Beatles song that doesn’t often get recognition its due.

Montage of Heck premieres on HBO May 4.