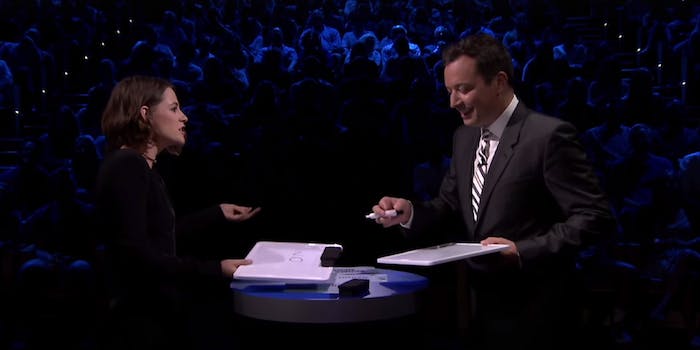 Playing one of Jimmy Fallon’s variety games is a small price for a celebrity to pay to promote their film. Most of the time they’ll do it, but that doesn’t mean they’ll like it.

Kristen Stewart did not look like she wanted to play Word Blurt with Fallon, which involved them saying the first word that came to mind after they flipped a card. She admitted that she wasn’t “very good at the whole improv, joke thing,” so the longer they played, the more awkward she felt about it all.

After some discomfort and an offhanded fat joke, they got whiteboards to write down their answers instead—which led to some of the biggest truth bombs yet. Surely more than a few past guests can relate to the last response here.