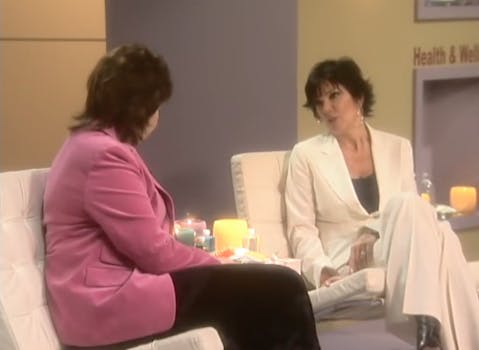 Kris Jenner used to peddle $100 magical candles for a psychic

You can say this about Jenner: She's always had hustle.

Reddit users have dug up an old infomercial starring Kris Jenner hawking spiritual candles—and boy, is it something.

In the 2005 video, Jenner interviews Dr. Linda Salvin, who became a psychic and maker of candles following her near-death experience in a plane crash in 1981. Salvin, who is not a medical doctor but says she has her Ph.D. in metaphysics, explains that the candles, named Wicks of Wisdom, serve a variety of specific, holistic purposes.

The 30-minute long seminar also includes a Q&A between Jenner, Salvin, and their studio audience, and testimonials from people who vouch for this magical wax. There’s even a pastor who explains that the miracle candles transcend religion.

Reddit users on this thread have compared Dr. Salvin to Dr. Phil, and Jenner to Billy Mays, with many arguing that unlike these candles, Oxi Clean actually works. While, as it often does on Reddit, the thread devolves into crude tangents, for the most part, users agree that this scam is just another display of the Kardashian family’s willingness to do anything and everything for an extra buck.

Salvin is surprisingly still in business today. You can purchase her candles, which are a magical mix of “spiritually charged ingredients,” on her site if you’d like some help finding a soulmate or success. The price: a mere $100 a set.

Jenner’s daughters Kylie and Kendall recently came under fire for selling rap rip-off T-shirts for a whopping $125 apiece. Looks like the scam apple doesn’t fall far from the tree.