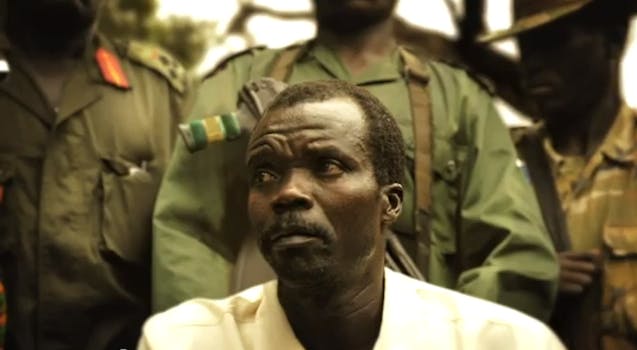 “Kony 2012” creators return for a march on Washington

Invisible Children took the world by storm with its now-famous “Kony 2012” documentary last March. The nonprofit group’s latest, “Move,” is calling for the same people who watched the first video to take action in Washington, D.C.

Narrated by Jason Russell, the 31-minute documentary gives viewers an in-depth look at the original “Kony 2012” video, the criticism it received, and the organization’s plans for the future.

Invisible Children released the original video on March 5 with one message: “Watch it. Share it. Stop at nothing.” What surprised Russell and Invisible Children CEO Ben Keesey was just how quickly the video spread.

“Kony 2012” hit over a million views in 36 hours and has been viewed over 91 million times since.

While thousands of people posted, shared, and tweeted the video, the success of the video was tossed off as mere “slacktivism,” meaning users took passive action without making a concrete difference.

“If you’re put in the position to give answers to every question a dozen times over, your mind starts to lose track of where you are, where you’ve slept, who’s for you, who’s against you,” Russell says of the media backlash, a point reiterated in the film in a meeting between staff members.

Russell was arrested in San Diego on March 15. His colleagues are shown in the video tearing up as they defend and explain what happened to Russell while assuring supporters that they will not stop the mission to see Joseph Kony arrested.

Ultimately, Invisible Children wants you to join them in a march in Washington, D.C, to surround the White House on Nov. 17. Although the buzz has died down since the original video, they show that the violence has not stopped in Africa, and the organization wants to hold the nation’s leaders—which includes the United Nations, the European Union, and the African Union, among others—accountable.