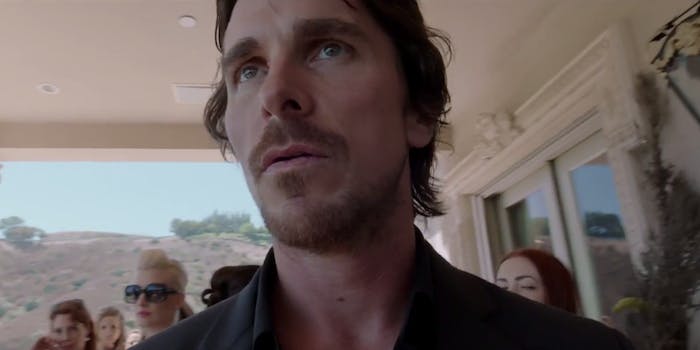 Here’s the vivid and spellbinding ‘Knight of Cups’ trailer

The latest project from writer and director Terrence Malick, Knight of Cups, stars Christian Bale, Cate Blanchett, Natalie Portman, Brian Dennehy, Antonio Banderas, Nick Offerman, and some voice work from Ben Kingsley. The trailer is, like most of Malick’s work, one giant hook of arresting images set to subtle but evocative music. And sure, after one spin you don’t have any clasp on what type of story Malick just set out to tell. The film’s IMDB plot is likewise a trolling bit of nothingness: “A man, temptations, celebrity, and excess.” It’s OK—just taste it.

Knight of Cups will premiere during February’s Berlin Film Festival. Expectations are high given the cast, its purposeful plot secrecy, and the Palme d’Or Malick won for 2011’s Tree of Life at Cannes.