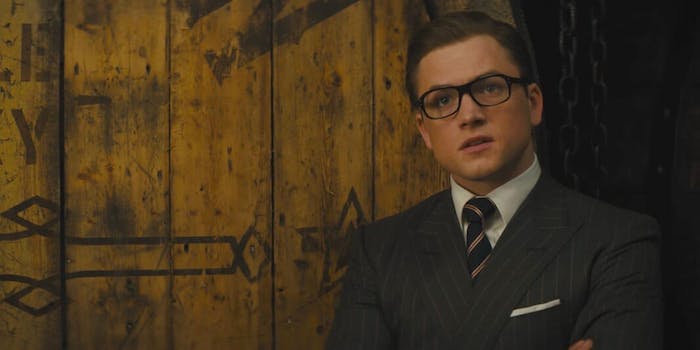 A lasso cuts a man in half.

The first Kingsman: The Golden Circle trailer didn’t hold back on the explosions and spectacle, and our latest look at the movie doubles down on both while introducing us to some of the major players and even bigger weapons than before.

Now that we know Colin Firth’s Harry Hart is coming back, he’s in the forefront as he and Eggsy (Taron Egerton) team up with Statesman to fight a common enemy in Julianne Moore’s Poppy. Kingsman’s American counterpart includes Tequila (Channing Tatum), Ginger Ale (Halle Berry), Whiskey (Pedro Pascal), and Champ (Jeff Bridges), and on top of guns, knives, and explosives, they have a lasso that can literally slice a man in half.

Along with the trailer release (and ahead of its San Diego Comic-Con panel later Thursday), Fox released the film’s synopsis.

In Kingsman: The Golden Circle, our heroes face a new challenge. When their headquarters are destroyed and the world is held hostage, their journey leads them to the discovery of an allied spy organization in the US called  Statesman, dating back to the day they were both founded. In a new adventure that tests their agents’ strength and wits to the limit, these two elite secret organizations band together to defeat a ruthless common enemy, in order to save the  world, something that’s becoming a bit of a habit for Eggsy…

Kingsman: The Golden Circle will be released in theaters Sept. 22.