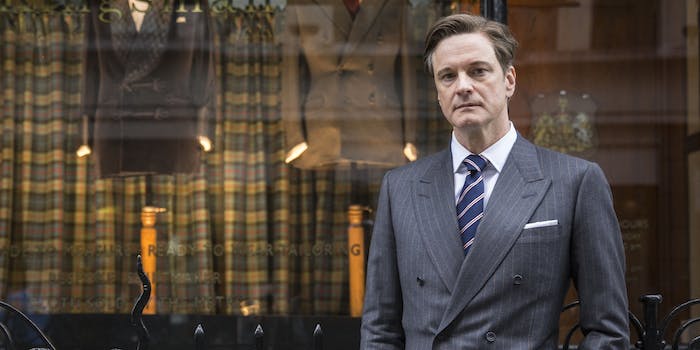 Colin Firth as an action hero version of Christian Grey? We'll take it.

A new mashup video has given us brand-new insight into Kingsman: The Secret Service.

In Kingsman, a suave, suit-wearing gentleman takes a young apprentice under his wing, teaching him what to do, what to say, and what to wear. As it happens, this synopsis offers some surprisingly clear similarities with the premise of Fifty Shades of Grey. Of course, Kingsman involves bullets and explosions as opposed to bland sex scenes between Colin Firth and Taron Egerton, but you get the idea.

This fanvid is the perfect crossover between Kingsman and the Fifty Shades trailer, complete with seductive shots of Colin Firth giving his protege a menswear makeover and the familiar strains of Beyonce‘s “Crazy In Love.” It probably goes without saying that, yes, many people do already ship this pairing.

Photo via Kingsman: The Secret Service/Facebook