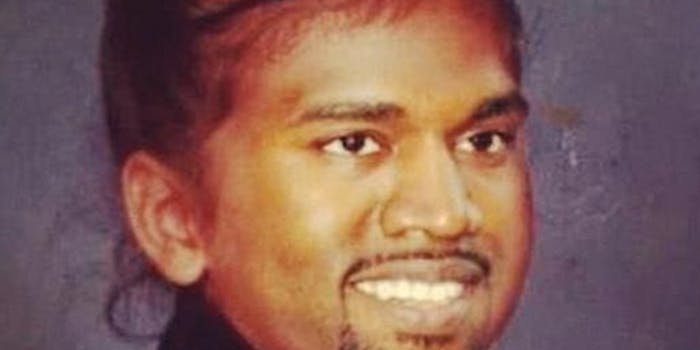 The 5 best memes inspired by Kim and Kanye’s baby

Kim Kardashian and Kanye West announced on Sunday that they're having a baby, sending the Internet into a meme-making conniption.

First the parody accounts, and now the memes: That’s how the Internet is methodically reacting to the news of Kim Kardashian and Kanye West’s baby.

West announced the news at a concert in Atlantic City (how gauche) Sunday night, but that was plenty of time for bored Photoshop users to place West’s head on ultrasound pictures, create frightening depictions of Kardashian’s and West’s face melted together, and Photoshop a pregnancy test that shows a $ sign and not a plus or negative (in case you forgot how loaded the couple is).

We’ve compiled some “Kimye” memes and mashups that will forever haunt you.