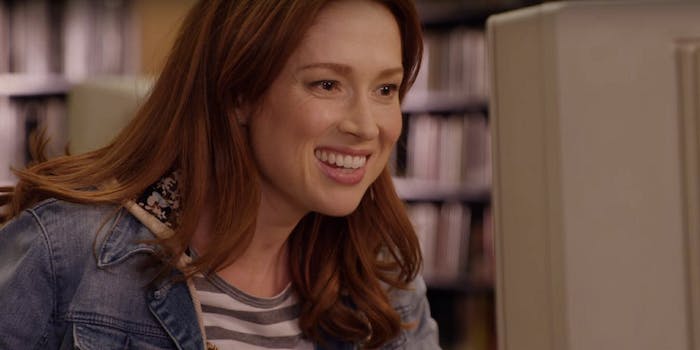 ‘Unbreakable Kimmy Schmidt’ is back, and it looks like Christmas came early

The trailer for the new season of Netflix’s Unbreakable Kimmy Schmidt dropped on Monday, and it’s everything fans of the Tina Fey and Robert Carlyle-produced sitcom could want, highlighting the show’s trademark mixture of warmth and weirdness.

The second season finds our plucky former cult escapee getting a job at a year-round Christmas store. “You must be the happiest woman on Earth!” Kimmy (Ellie Kemper) tells a retail elf. “I’m a man,” he responds.

The brief preview promises a “choose your own adventure” Kimmy Schmidt-style. Her former boss, Jacqueline (Jane Krakowski), is rebounding from her divorce by dating a much younger man: “His name is Douglas and he’s coasting on looks.” Titus Andromedon (Tituss Burgess), her best friend and roommate, is very busy giving amazing life advice. (Remember: Get the digits!) And our Kimmy is still on a quest for empowerment, even if means watching a new friend do “nose candy” with a junkyard Elmo along the way.

Be warned, Internet: You won’t be able to get that theme song out of your head for the rest of the day.