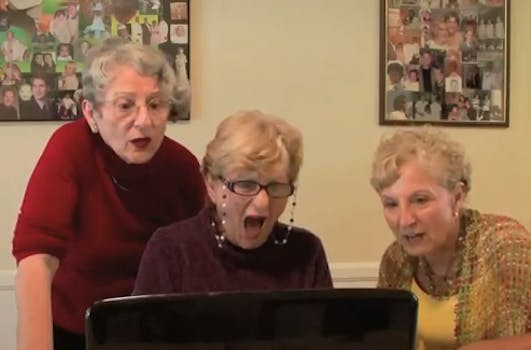 The three women who got a good look at Ray J's junk will soon have their own TV show.

The three old ladies who got a good look at Ray J’s junk will soon have their own TV show.

On Tuesday, OWN: Oprah Winfrey Network announced that it plans to launch Golden Sisters, a one-hour special that follows the three women who achieved relative fame by sorting through the world’s most atomic news stories.

And though no firm details can be reported regarding the subject matter covered on the show, if it’s anything like their Web series, viewers will get a healthy dose of critiques on such cultural phenomena as eyebrow tattoos, Miley Cyrus, and Daily Dot word of the year “YOLO.”

Of course, it’s unlikely that Oprah’s team of producers will allow for the Bartnicki sisters to dissect any celebrity sex tapes, which is a bummer, because that episode was ace.

This is not the first time that OWN has looted the Internet’s talent pool for top-quality programming. Last November, cerebral palsy-stricken Reddit superhero Zach Anner debuted Rollin’ With Zach on the media megamogul’s network, though the show aired for only six episodes.