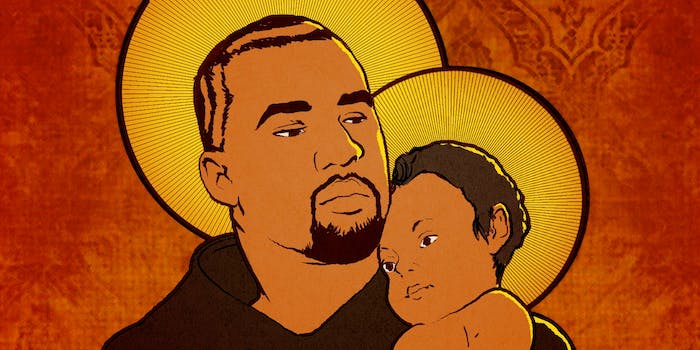 On Saturday, one day after Kim Kardashian posted a photo to Twitter letting fans know she was more than ready to give birth, came the announcement from on high.

Today, the newest member of the Kandashian family was give a name: Saint West. The announcement was accompanied by an emoji interpretation of Kim, Kanye, daughter North, and son Saint, because this is how empires are built.

With Saint West anointed with a name that could easily carry a clothing line, people on Twitter quickly weighed in.

Saint West, the first child in America who is also a human subtweet.

I think of what Saint West will put up with for the next 18 years and suddenly his name is brilliant.

But apparently the name isn’t that original: Fall Out Boy’s Pete Wentz had the name first. Celebrity problems!