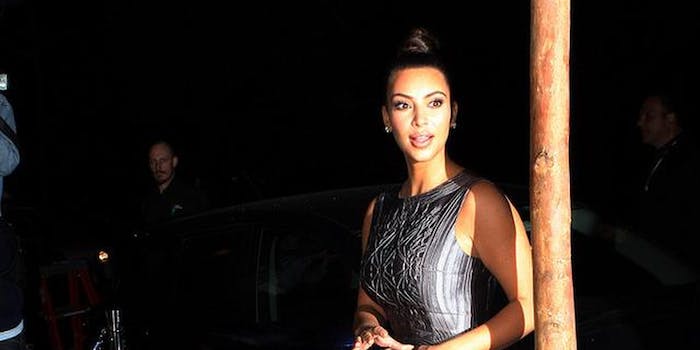 Kim Kardashian’s butt is helping kids study for their SATs

Math is hard? Not anymore!

Kim Kardashian‘s butt failed to break the Internet, but it has been somewhat inescapable in the last few weeks. Her infamous posterior has been turned into a snowblower and started an Instagram war with Chelsea Handler.

But what good can come if it, you ask? What about the children?

Well, that’s apparently where Catalyst Prep comes in. According to the company’s website, Catalyst Prep offers the “spark to an extraordinary score” on SATs and ACTs. A look through the site and their Twitter account proves they definitely have a sense of humor about the dreaded test prep, which is perhaps why they’re using Kim K’s Paper cover to help kids with math.

No word yet if Kardashian’s butt fits the Golden Ratio, but hey, one step at a time.

Oh, and Catalyst also found a use for Justin Bieber’s face.

Thanks for showing our SAT math @KellyandMichael. Here's a @justinbieber based problem for your son. pic.twitter.com/lecOk2zAwI