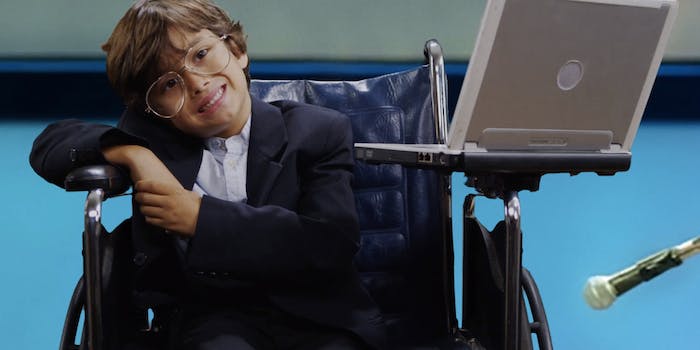 These kids reenacting the Best Picture nominees deserve their own Oscars

Who needs the real Oscar-nominated films of 2015 when you can watch little kids reenact the best moments from each thanks to CineFix’s YouTube channel?

Just like last year’s offering, these pint-sized Pacinos pull off a range of performances, from heart-wrenching scenes between Bradley Cooper, Sienna Miller, and a plastic baby in American Sniper, to Martin Luther King Jr. enticing LBJ to his side during the Selma marches by promising Oprah Winfrey’s participation. The clip’s version of Boyhood is especially charming, helping the aging process mid-scene with a bit of faux stubble application.

As a late entry to the game, give that kid playing baby Stephen Hawking all the awards. Ever.