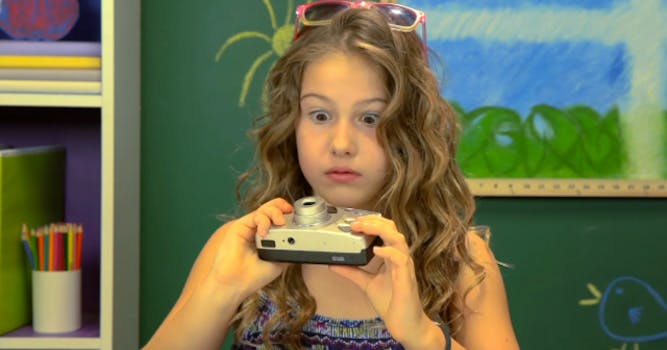 Watch these kids try to take selfies on actual cameras

I recently discovered an old Polaroid camera while I was moving, and had to take a minute to marvel at its architecture and utility. Then I remembered some youngsters have never seen such a thing.

The latest Fine Bros. video puts old cameras in front of kids for inspection, and their reactions are about what you’d expect. The focus sound confuses them! They’re so bulky! What is film? And of course they immediately attempt to take a selfie to document their existence on these ancient artifacts (a Canon Sure Shot 85 Zoom, in this case).

When one girl is told she hasn’t actually taken a selfie, she reacts accordingly: “I just wasted my selfie time!”

As always, get ready to feel old(er).