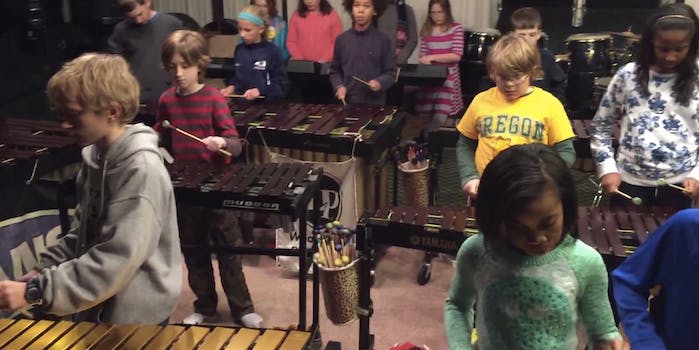 Even Jimmy Page was blown away.

That rock and roll exists at all is a testament to artistic rebellion, and when it comes to turning convention on its head, the Louisville Leopard Percussionists are virtually without peers. Who else could translate the heavy metal stylings of Led Zeppelin into a xylophone-and-marimba opus?

The video below documents a rehearsal session for the musical collective (all kids aged 7 to 12), which covers “Immigrant Song,” “The Ocean,” and “Kashmir” in fluid sequence. Jimmy Page himself was blown away: “Too good not to share,” he wrote in a Facebook post.